Education includes stints at: U. of Notre Dame (’64-’69), MIT (’76-’77; physics), U Mass Boston (’76-’77; physics), Freie Universität in Berlin (’80-’82; abstract mathematics), California Institute of Integral Studies (’82-’89, intermittent; Asian studies & psychology). Degree only at the first (BA in liberal arts with hybrid major) while others were either as special student or auditor. Since 1990 research and writing continued outside institutions. From 2000 to 2003 a tour was made of North American universities in an RV christened the Epistemology Express. And from 2003 to 2006 writing was focused by participation in the Esalen Institute’s CTR conferences on evolution and consciousness. Now living, researching, and writing in North Carolina, USA.

Languages: French (France, West Africa and French Guiana), Spanish (Andalusia region of Spain, Mexico and other Latin American countries), German (Berlin) as well as four other languages (Russian, Chinese, Kanembou, Japanese). The first three were learned well enough to have employment in them while the last four have now all but slipped away. But like the Russian proverb “Skolko yazik, tolko chelovek,” (as many languages [one speaks], so many [times is one a] person). 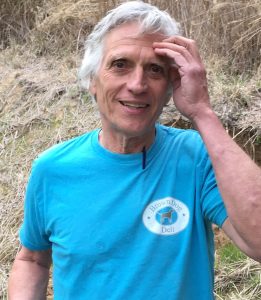